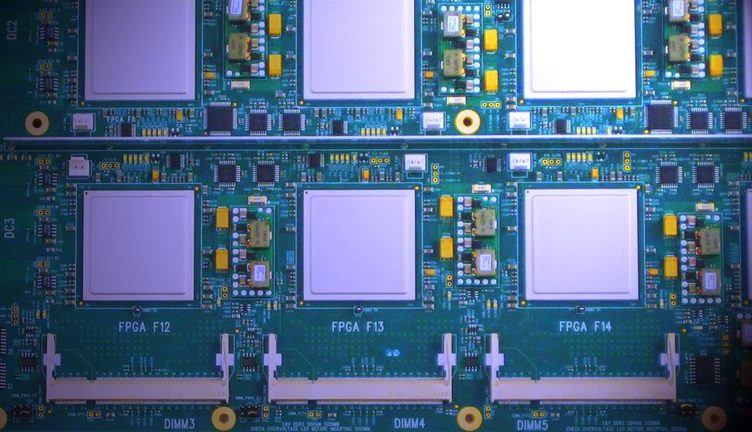 FPGA is used in several sectors of the industry. It is present in sectors where performance, parallelism and real time are crucial. As it is hardware, it is possible to carry out an instruction per clock cycle. You can have calculations running in parallel and delivering the result at the same clock pulse: something completely impossible for software to accomplish. To name a few markets where FPGA is strong –

Basically whenever high processing, parallelism and real time are required, the use of an FPGA should be considered.

Definition of the FPGA

The Field Programmable Gate Array arrangement can be summed up as a computer architecture that combines the flexibility and continuous change of the software with the high performance of the board. It can be reprogrammed or modified for the use of various electronic projects. Being reprogrammed, the user can use it again. And right after its execution, reprogram it so that it executes another project that is not dependent on the previous one without this.

You can perform the process only by reprogramming its functions in a simple way using Hardware Description Language. Its cost in relation to ASIC and the total time spent since the specification of the project until which it is actually projected is lower in relation to a project made using ASIC technology, always bearing in mind that any error in it, the entire process must be restarted of development and in the FPGA this would take maybe a few hours/minutes and cost zero.

They are the modules which are made in the interconnections of the input data as the results of configurable logic blocks. We can assimilate its definition with the functionalities of a keyboard buffer, in which it transmits data from the keyboard but which could also receive data.

They are manufactured in a two-dimensional form creating small ‘functional modules’ of circuits. They are organized with flip-flop sets with combinational logic. On a more general definition, they behave like a truth table in which it is possible to produce a certain output.

These are the tracks that form the connection between the input and output blocks with the configurable logic blocks. Static memory cells are configured by the board’s own compiler determining the logical functions that will be used and the internal connections. Besides the function of connecting the external pins to the logic blocks, they also play the role of interconnecting blocks.

Containing a number of thousands of identical logic units, these units can be configured independently and connected from the matrix of conductive lines and switches. The FPGA is an array of logical units with an interconnection matrix that can be configured by the user. The FPGA can have a density of its circuits after finalized as a circuit made in ASIC, it has a very high speed but unpredictable.