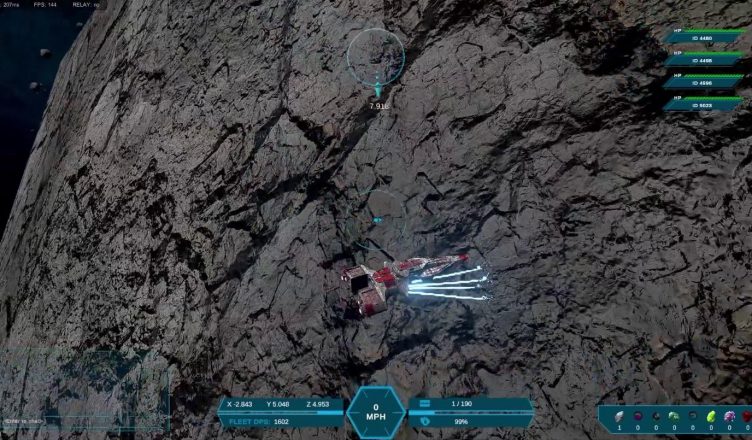 The video game market has expanded annually, with annual sales reaching USD 191 billion in 2021. New technologies, including blockchain and NFTs (Non-Fungible Tokens), are expected to boost revenues further and potentially revolutionize the industry. Blockchain technology offers a decentralized, immutable ledger for recording transactions and tracking assets. How a game studio decides to leverage blockchain tech and to what extent is a decision that has to be taken carefully. The studio should have a blockchain architect on staff who understands the technology’s capabilities. Security considerations also need to be carefully considered. NFTs (Non-Fungible Tokens) are another blockchain-based technology that gaming studios can use to bring unique capabilities to their games that are not available with traditional gaming tech. A non-fungible token is a blockchain record associated with a particular digital or physical asset – an NFT will have a unique identification code, unique to only it. The ownership of an NFT is recorded in the blockchain, enabling them to be transferred, sold, and traded using the blockchain. So how could a game studio leverage blockchain technology and NFTs? Let us use the DEEPSPACE (DPS) game as an example; they bring lots of innovation to gaming and blockchain technology. DEEPSPACE (DPS) is a space-based strategy and exploration game designed and developed on the BNB Smart Chain (BSC) blockchain. The game is built to integrate into the BNB Smart Chain blockchain and heavily leverage special NFTs, NFTs they call Smart NFTs. DEEPSPACE’s talented team of developers, designers, concept artists, technical architects, and blockchain architects have been designing and developing their game universe since mid-2021. Integration to the blockchain required the DEEPSPACE team to develop multiple intelligent contracts. A smart contract is the cornerstone of blockchain technology. They are computer programs that automatically execute actions on the blockchain according to the terms of the agreement. Most blockchain smart contracts are written using Solidity. The DEEPSPACE team had to design, write and test over a dozen smart contracts to implement their universe. The clever contract work created the blockchain-based foundation for DEEPSPACE. The team was unsatisfied with traditional NFT technology and wanted to bring innovation and new use cases to the tech. They wanted their NFTs to be upgradable and playable in-game. Most NFTs are static and cannot be upgraded. They termed their NFTs Smart NFTs. This took great work and iterative development, but the team was ultimately successful. The game is written in Unity, a game development platform many top gaming studios use. So, three key technologies were required to create the DEEPSPACE universe, and each had to be carefully and tightly integrated: BNB Smart Chain blockchain intelligent contracts, NFTs, and Unity. To a user, the technologies blend seamlessly; they are unaware of the fiendishly complex coding underneath. A DEEPSPACE (DPS) player can buy a Smart NFT spaceship on the shipping marketplace (called the Outpost) and can bridge it into the game with a few mouse clicks. The player can then use that unique NFT ship in-game to explore the vast DEEPSPACE universe (its 3.3 billion units in size) and visit its seven planets. DEEPSPACE players can acquire resource rewards by mining asteroids and planets and finding lost cargo crates. Resources can be sold on the game’s Galactic Resource Exchange or used to upgrade a player’s fleet. Most players have multiple ships they can use as they see fit (a player can take up to four ships into the game with them, which comprise their in-game fleet). The DEEPSPACE team stresses that although technology and innovations are essential, the most critical aspect is to put the gaming experience first. The team’s foremost goal was to ensure that DEEPSPACE was immersive, engaging, and entertaining. They will be rolling new features in their universe, including combat, racing, and missions. Blockchain gaming and NFT technologies are posed to disrupt traditional gaming. DEEPSPACE has demonstrated what these new technologies are capable of. This space is one to watch.