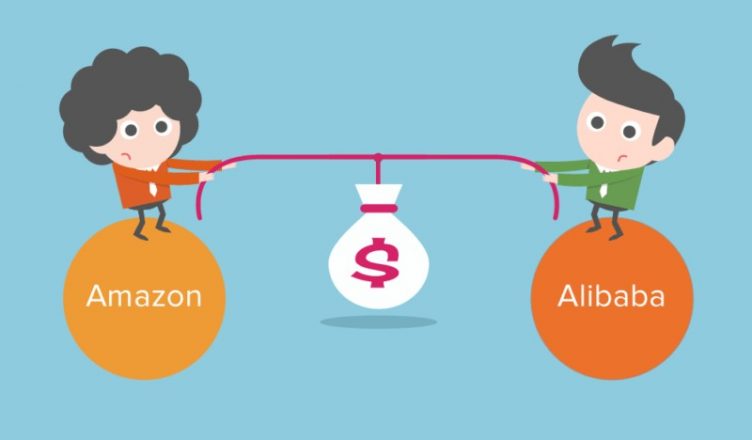 The advent of technology has resulted in the growth of various areas of the economy, including e-commerce markets. Consumers and producers have adapted to the convenience of selling and buying things through online platforms. E-commerce is not only beneficial to significant businesses but also little businesses. Alibaba, Aliexpress, and Amazon, to mention a few, are examples of such markets. These organizations may serve the same purpose of connecting producers and consumers, but they differ in many aspects, such as how they conduct business. You should know about Alibaba vs. amazon.

Amazon vs. Alibaba: What’s the Difference?

Amazon and Alibaba were founded in the same year. While Amazon was started in 1994 in Seattle, Alibaba was founded in 1999 in Shenzhen, China.

Jedd Bezos is the founder of Amazon. Alibaba, on the other hand, was founded by Jack Ma.

Amazon is the 9th most popular website on the planet. On the other side, Taobao, an Alibaba affiliate, is ranked 10th among the world’s most visited websites.

Amazon is a big player in video and audio content streaming, competing with companies like Pandora and Spotify. Alibaba, on the other hand, does not offer streaming content services.

Amazon’s business model is set up in such a way that the company sells goods directly to consumers, producers list their items on the site for a fee, and Amazon also offers its amazon prime service, in which customers who have a prime account pay an annual fee and receive not only same-day or two-day shipping, but also a subscription service where they can stream media items such as music and movies.

On the other hand, Alibaba has a business model that allows it to provide a fee-free marketplace through Taobao. The sellers, on the other hand, must pay a fee. Tmall, where huge stores sell their wares, also generates revenue.

Amazon and Alibaba, the two e-commerce sector behemoths, are vying for a global eCommerce market leader. Amazon established itself as an online bookshop in 1995, while Alibaba launched its business in 1999, roughly five years after Amazon. While these platforms may have a variety of business models, they improve commerce by acting as a conduit between consumers and producers, contributing to economic growth. The location, the goods, and the terms of each platform will all influence a person’s choice of platform.

Now that both businesses have a strong brand presence in their home regions, there is fierce competition between these two tech behemoths as they seek new markets to grow into. Alibaba has risen to become one of the world’s largest and most valuable e-commerce enterprises, with an IPO value of $21.8 billion in 2014. Alibaba outperformed Amazon and eBay on the first day of trade. Many similarities exist between the two e-commerce behemoths. Electronic products and merchandise, and digital media content provide a significant amount of Amazon’s revenue (including Amazon Prime, an annual fee-based subscription that streams video content and other trending digital services).